We’ve seen that a lot of our friends around the world eat similar foods to us, although the foods might have different names.
The B4 children filmed each other talking about what’s in their lunch.

What’s for Lunch in Reefton, NZ? from Judy McKenzie on Vimeo.

Who makes your lunch for you?

Here in Connecticut we eat some of the same things that our friends around the world eat, but we also have some dishes that are special to this area. One of them is New England Clam Chowder.
Connecticut is part of “New England” – a group of states that were settled by the English way back in the 1600’s. New England includes the states of Maine, Vermont, New Hampshire, Massachusetts, Rhode Island, and Connecticut.

The States of "New England"

Clam chowder is a dish that people have been eating in New England for hundreds of years. “Chowder” is a type of thick soup that usually has seafood and milk or cream in it. Since we live so close to the ocean, lots of people eat chowder here.

Last weekend, a few of the students got together at a friend’s house to make some traditional New England Clam Chowder!

Here are some pictures showing some of the steps:
*

Dicing the potatoes - they are hard!

Pouring in the clam sauce

Ready to eat - rich and creamy!

Mmm, mmm! That was tasty!

*
Here is a link to the New England clam chowder recipe that was used.
*

Have you ever had clam chowder?

Are there special soups where you live?

Yesterday, 2KM and 2KJ read a comment from Mrs Watson’s class about potato chip flavours. The students in 2KM and 2KJ got talking about flavours, and noted that a new flavour has hit the shelves in Australia.

Today, Andrew from 2KM brought in a packet to show everyone.

Can you tell what these chips are?

What flavours of potato chips do you have where you live?

We loved seeing what students in Australia and California liked to eat. We thought we would share what we like to eat too.

Have you tried of any of these favourite Canadian foods: Perogies, Nanaimo Bars, Maple Syrup, Poutine, or Smoked Salmon?

Lunchtime in California! on PhotoPeach
*

How are our lunches the same? Do you see any differences?

When it is noon here in California, what time is it in your time zone?

Welcome to the third week of the “Our World, Our Stories” project!

The topic that we will be sharing this week is:

This could be food at school, home or anywhere! It is interesting to find out what people around the world enjoy eating.

2KM and 2KJ would like to begin the sharing by showing everyone the sorts of things we eat at Leopold Primary School.

What sorts of food do you like to eat?

How are your foods similar or different to ours? 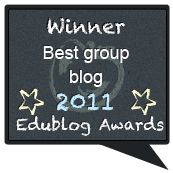